CLICK FOR MORE
COVID-19 Updates from the Pension Department A MEMO AND IMPORTANT DOCUMENTS FROM THE PENSION DEPARTMENT.
CLICK FOR COVID-19 UPDATES

It’s never too early to start thinking about your future.

The Painters and Allied Trades Industry Pension Fund is here for you. We have the resources and experience your family’s future. With an IUPAT pension, once vested, you are guaranteed monthly income in retirement.

COVID-19 Updates from the Pension Department

COVID-19 Updates from the Pension Department What is a Pension?

What is a Pension? Are You Ready for Retirement?

Are You Ready for Retirement? 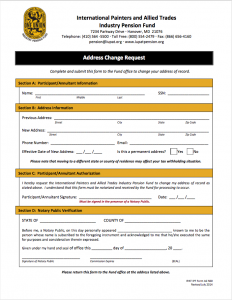 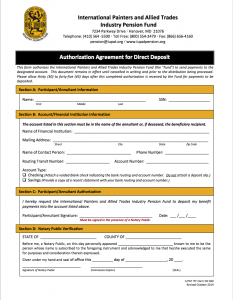 Create an overview of your retirement, with Pension, Savings and Social Security; will you meet your goals?

APPLY FOR YOUR PENSION

The IUPAT Pension Plan Board of Trustees has continued to practice a diligent and proactive approach to making certain the Pension Plan continues to provide the retirement security each and every participant and pensioner have earned while on the job. A direct result of that proactive approach was the Funding Improvement Plan (FIP) launched in 2009. As progress continues to be made in returning the Pension Plan to its pre-recession financial status, the Trustees are introducing modifications to the FIP and Plan design changes, effective January 1, 2018. First and foremost: The IUPAT Pension Plan is not reducing your benefit. As of January 1, 2018, the rules for special early retirement have changed. However, the most important thing to know about these changes is that if you were on track to meet a special early retirement threshold under the old rules, your benefit for that piece of your retirement is grandfathered in, meaning you will not take a reduction on that piece of your pension. Your retirement benefit will consist of two separately calculated time-periods at the time you retire. Your benefits accrued through 12/31/2017 will be calculated under the current Plan rules. Benefits earned after 1/1/2018 will be calculated under the new Plan rules. Kenneth E. Rigmaiden began his career with the International Union of Painters and Allied Trades (IUPAT) upon graduating from California State University in San Jose in 1977.  He immediately enrolled in the floor covering apprenticeship training program of Local Union 1288, and received certificates of completion from the IUPAT’s International Joint Apprenticeship Training Fund and the State of California Division of Apprenticeship Standards in 1980.

In 1986, Mr. Rigmaiden was elected as Local 1288’s business representative and focused his career on labor relations.  His noted accomplishments during his seven-year tenure include administrating a residential collective bargaining agreement which served to recapture market share and the amalgamation of several local unions in his region to form Local Union 12.

He was elected business manager for the new Local Union 12 in 1993, and participated in the first region-wide collective bargaining agreement for Northern California.  Moreover, he was involved in the merger of several union health and welfare, training and vacation/holiday trust funds and the streamlining of member services for plan participants.

Mr. Rigmaiden was selected to serve as a general representative in 1996.  His duties in this post included labor management relations, contract administration, grievance and arbitration, organizing, education and training in 18 western states.

In 1997, he continued his education by earning a degree in labor studies from the George Meany Center/Antioch University.  Shortly thereafter, he was selected to serve as an assistant to the general president with specific duties in national agreements and jurisdiction maintenance.  During that time, he served on the National Maintenance Agreement Policy Committee (NMAPC), the General President’s Project Maintenance Agreement Committee and the General President’s Project Review Committee.

Mr. Rigmaiden also served as the national project coordinator for the IUPAT Job Corps Program.  This position required the oversight of a training program comprised of nearly 60 instructors throughout the United States and administering U.S. Department of Labor contracts of approximately $6 million annually.  Mr. Rigmaiden also served as a Director to the United Way.

Mr. Rigmaiden was elevated to the position of executive general vice president for the International Union of Painters and Allied Trades in 2002.  As the executive general vice president, he was the general administrator of the International’s affairs and assigned tasks to the IUPAT board members and staff.  Furthermore, he coordinated national union meetings, conferences and the general president’s schedule. Mr. Rigmaiden co-chairs the Finishing Trades Institute, the Painters and Allied Trades Labor Management Cooperation Initiative and the IUPAT Industry Pension Fund.  He serves as a trustee on the AFL-CIO Housing Investment Trust, and a member of the Board of Directors of several AFL-CIO constituency and allied groups.

He was unanimously elected to the office of general president by the IUPAT General Executive Board in March 2013.

He and his wife Kenya have been married for over thirty years and have two adult children. 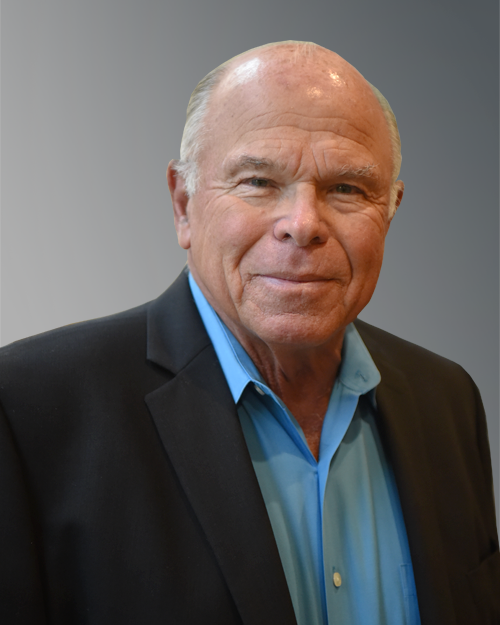 Chairman of the Board of W & W Glass, LLC
BIO

Jerry Haber is the Chairman of the Board of W & W Glass, LLC. W & W is a family owned business that started as Haber & Henry Inc. and has a 70-year history in the metal and glass industry. W & W is one of the largest metal and glass companies in the New York metropolitan area and the largest supplier of structural glass in the country.